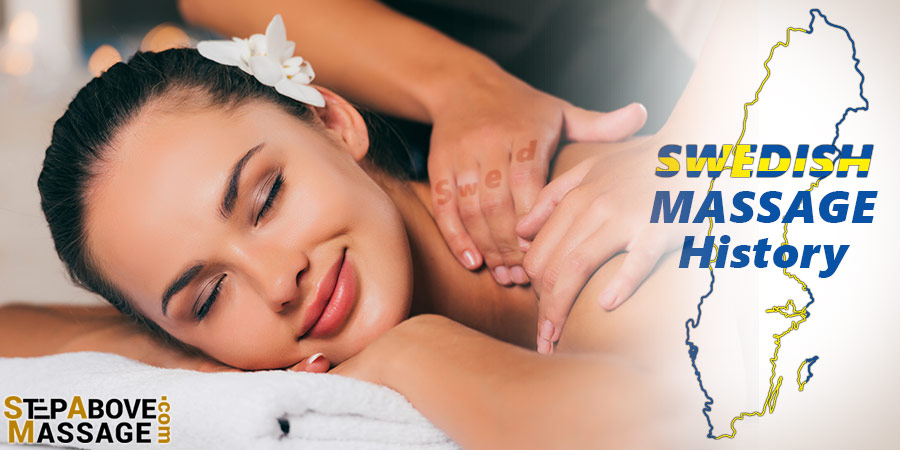 One of the most well-known massage types all around the world is the Swedish massage. During Swedish massage, the therapist uses gentle pressure of his/her hands, arms, or elbows to release the tightness of the client’s muscles, so as to enhance his/her overall health. An effective Swedish massage can help to enhance the client’s blood circulation, reduce the tension and stress both in his/her mind and body, remove toxins from his/her knotted muscles, and also improve his/her flexibility and range of motion. But where does this miraculously effective practice come from? Actually, the very origin of Swedish massage is a matter of controversy and Swedish massage may not be Swedish at all!

Where Does Swedish Massage Come from

Similar to most other modern massage techniques, Swedish massage was developed in the first half of 1900. However, there is a disagreement regarding the inventor of this massage type. Most supporters of Swedish massage mistakenly believe that it was created by a physical therapist called Per Henrik Ling. However, based on historical facts, the exact inventor of this technique was a Dutch doctor called Johann Georg Mezger. In this article, we will first have brief biographies of the two men and then will see why such a disagreement has been a matter of discussion.

Who Was Per Henrik Ling

Per Henrik Ling (1776-1839) was a Swedish fencing instructor called Per Henrik Ling, also questionably known as the Father of Massage. He ran the Royal Gymnastic Central Institute in Stockholm, Sweden, and was the developer of a series of procedures made up of his knowledge of anatomy, physiology, and pathology.

Although a medical innovator and expert in physical therapy, Ling suffered from various physical diseases such as lung disease and rheumatism. He was successful in alleviating his pain by a few strokes he used to apply on the affected areas in his own body, a practice that later made him interested in studying more about the human body’s anatomy and physiology, which resulted in the development of Swedish Gymnastics. His innovation was a type of methodology that makes use of specific exercises aiming to treat illnesses and pain. His endeavors, which led to a type of holistic therapy, paved the way for the modern Swedish massage; however, he neither used nor wrote or discussed anything directly related to any type of massage. In fact, he even called his new techniques the Swedish Movement System.

Who Was Johann Georg Mezger

A number of massage experts, who have delved into the massage history, believe that the technique was actually invented by a Dutch physician called Johann Georg Mezger (1838-1909), who was also a physical therapy specialist and a professional gymnastics instructor. As an extraordinary gymnast, he had considerable experiential knowledge of human physiology. In order to expand his knowledge, Mezger started studying medicine at Leiden University in the Netherlands. Meanwhile, he started practicing French “friction methods” on patients who were suffering from minor sprains, a method on which he wrote his doctoral dissertation which eventually turned into the basis for creating Swedish massage.

What Techniques Did Mezger Define

Why Can We Certainly Admit that Mezger Is the Inventor

Ling’s contributions to modern physical therapy are widely known. However, as mentioned above, modern Swedish massage has a few main phrases which are in French, while none of Ling’s writings included these French phrases. Moreover, he never referred to his special practice as a type or technique of massage. In addition, Mezger was actually the person who made a distinction between the classical massage strokes and techniques which were applied in the Swedish Movement System.

Interestingly, this massage type with five main techniques is called Swedish massage only in English and Dutch speaking countries as well as Hungary. The rest of the world, including Sweden itself, knows this type of massage as Classic Massage. Regardless of the person who invented this massage type or the massage name, the so-called Swedish massage is an effective combination of techniques which is probably the most well-known and most common holistic method used to decrease the pain and stress of both body and mind.

What is hand and stone franchise
October 6, 2020

What do you know about watsu massage
October 6, 2020

What is marma points therapy
October 5, 2020

What is scalp massage and what its benefits
October 4, 2020